On Saturday November 19th, 40 SNEC chapter members gathered at Gaetano’s Tavern on Main in Wallingford, for our annual dinner.  Everyone was glad to see that Chris and Corrine Johnson were able to make the dinner and that Chris was coming along very well after his recent illness.  The appetizers were great and as usual, Gaetano’s did an excellent job with our buffet dinner – there was something for everyone!  The ice cream cake roll topped off the meal. 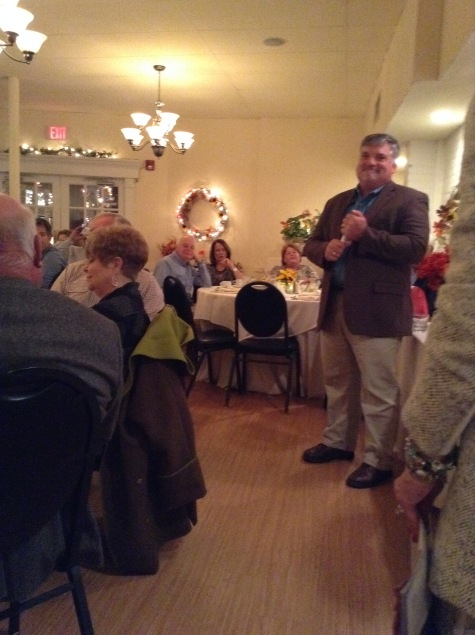 Chapter President Steve Haines thanked everyone for coming and gave a brief overview of the chapter financial – the chapter is in good financial condition, our July 2016 boat show as well as the great workshop that we had at Jim Murdoch’s in the early Spring.  Steve advised the group that he would be stepping down as Chapter President due to his work schedule and that Lynn McFarlin had agreed to step into the President’s spot. In addition to Lynn being President, she will also continue to be Boat Show Chair as well as taking care of the boat show registrations.  Steve introduced the proposed board for 2017 as follows:  Officers:  Lynn McFarlin, President, Ed Dombroskas, Vice President, Rob Bamberg Treasurer, and Bette Heinzman, Secretary; Board of Directors:  Cliff McGuire, Wes Van Dine, Katie Haines, Mike Sorensen, Rob Sutton, Gail Van Dine, Katlyn Conkey, David McFarlin, Chris Johnson, Lee Heinzman and the (3) new board members, Rich Rosselli, Chris Enger and Andrew Robb.  A vote was taken and the 2017 officers and board were approved unanimously.  Steve also mentioned that we were looking to change our name from Mahogany Memories to something that would reflect both wooden boats as well as classic fiberglass.  More on this soon.

Each year the Chapter President gets the honor of presenting the “President’s Cup” to someone in the Chapter who has helped to increase the visibility of the chapter and for 2016, Steve presented the Presidents Cup to Lynn McFarlin.  Lynn thanked everyone for attending the dinner and reiterated what Steve had said about a name change.  She also advised that we were looking into doing a workshop at Mystic in the Spring as the Mayflower is there being refurbished and that we would advise a date just as soon as we had more information. 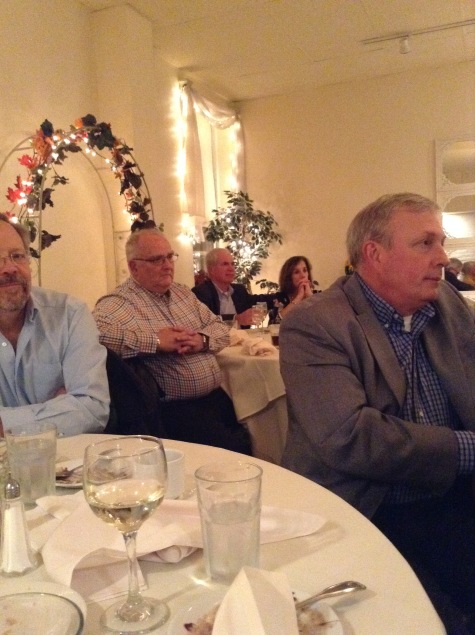 Thanks to everyone who attended our Annual Dinner!  It is always great to see old friends and new ones as well!  – Bette Heinzman, Chapter Secretary 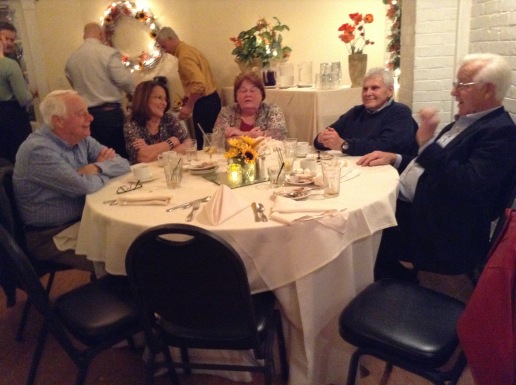 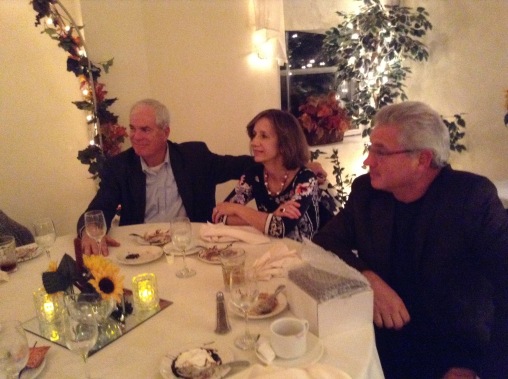